Opera Gloves Are Everywhere But Do They Work IRL? I Found Out 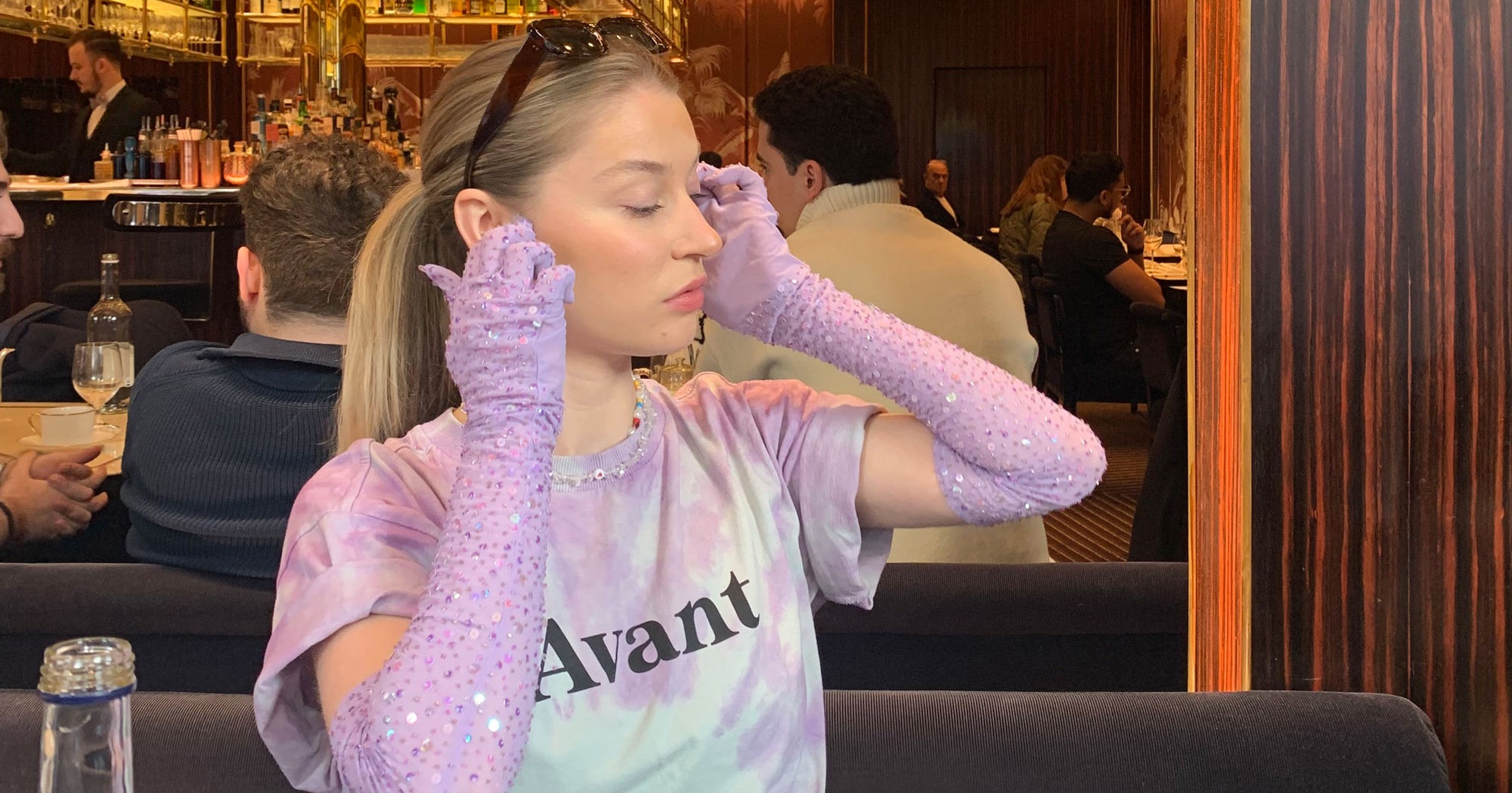 In the last year it’s been hard to look at a red carpet without spotting a certain swanky accessory on everybody’s arms. From Gigi Hadid at the Met Gala to Alexa Chung at the British Fashion Awards, celebrities left, right and centre flocked to the opera glove. Some suggested that the full coverage look was a direct response to COVID culture while others mused about a return to Old Hollywood glamour. NYC’s favorite fashionista Carrie Bradshaw even sported a bejewelled Gucci pair in an episode of And Just Like That.

The style has been a firm favorite among the Gen Z elite too, with Harry Styles and Måneskin’s Damiano David making the case for men rocking opera gloves. Euphoria’s Barbie Ferreira gave us one of this season’s favorite fashion moments in Aune Collections while castmate Sydney Sweeney turned to Miu Miu’s classic interpretation for the series premiere. The pièce de résistance, however, has to be Dua Lipa’s most recent long-gloved look, which saw the singer take the stage in a diamanté-encrusted Mugler catsuit with matching handwear.

Popular culture may have moved the needle on the style but the runways have cemented the opera glove as a staple for AW22. At London Fashion Week Richard Quinn combined a love of latex and florals in blue rose-strewn prints, Simone Rocha provided regal, embellished designs and emerging label Poster Girl presented suede selections with romantic cut-outs. The silhouette continued its domination in Milan, too, with Bella Hadid modeling a black silk glove for Moschino and a sage knitted pair for Fendi.

Opera gloves may look undeniably chic on the red carpet or a high fashion runway but can they actually work in real life? The internet’s concerns boil down to practicality, with some noting that covered hands weren’t designed for a world of texting, tweeting and TikToking.

To solve this quandary once and for all, I decided to test the theory by donning opera gloves for a handful of everyday situations. Read ahead for the unvarnished truth about wearing fancy gloves IRL…

Incorporating opera gloves into an everyday wardrobe is one thing but picking up your groceries in a statement accessory is an entirely different beast. This situation demanded a more casual cool design, leading me into the arms of Marine Serre’s streetwear-esque, moon print gloves. As I stepped onto the local high street in my usual hoodie and leggings combo, I turned to my phone to check my list of errands. This was where I encountered my first problem: the elastic glove material made swiping through my phone a harder task than usual.

Thankfully, ATMs still have actual buttons, otherwise I would have held up the post office queue for days on end. Once I got to the supermarket though, the gloves really began to work their magic. Perusing the fresh veg section I felt like an influencer who picks up organic produce without checking the price. The gloves elevated my sense of self to the point where anything felt possible: maybe I could be a person who meal preps and doesn’t buy the $1 pack of Oreos. Still, for all their main character qualities, the gloves did make the self-checkout a no-go (screen + gloves = issues). If you aren’t a fan of engaging in conversation with other human beings while shopping, they probably aren’t the best accessory for a trip to the grocery store.

If there was a task I was most nervous about, it was eating out. Normally I try to keep my dining outfits as practical as possible (read: all black for the inevitable stains) but these lilac Dyspnea glitter gloves demanded I step things up a notch so I gladly mixed casual and classy attire for an all-out brunch look. I sipped my turmeric-based wellness drink feeling slightly smug, even receiving a rapturous comment from our waiter: “Darling…the gloves!” But the minute the main course arrived, I realized I’d made a mistake.

It turns out that opera gloves require a certain type of eating and in my ravenous state I hadn’t contemplated the fact that it absolutely had to be cutlery-based. Cut to my cheeseburger arriving and a very sticky situation. Thankfully, given the calibre of the restaurant, I didn’t look overly pretentious tucking into my bun with a knife and fork and lifting each bite to my mouth with painstaking precision. I struggled slightly to stab at my overdressed salad but eventually managed to roll myself home in a food coma so I’d call the outing a success.

When you think of opera gloves, you think of grand occasions. Without any red carpets to attend I headed to an underground cocktail bar, which is about as fancy as my life gets. This meant pulling out the big guns in a pair of black and white velvet, feather-trimmed gloves from Miscreants. Stepping onto the bus I was convinced there would be audible gasps but once I remembered that I live in one of the biggest cities in the world, my anxiety about being overdressed disappeared. After a somewhat slippy journey trying to cling onto the pole, I stepped into the basement bar with a newfound confidence.

As I held my coupe and chatted with friends, my swanky style felt fitting to the dimly lit surroundings. I felt like a sexy Cruella de Vil, tossing my head back and shrieking with glee as I nursed my cocktail. But the minute I realized I had to pee, I panicked. Pulling off such a tight accessory is less than ideal in a bar bathroom; getting it back on is another thing. Later down the line I discovered that smoothing your hair while wearing velvet gloves will 100% cause static, resulting in a ponytail for the rest of the evening. My main takeaway? If you’re going to spend $13 on a drink, you should absolutely be doing it in ‘my husband mysteriously disappeared’ gloves.

At Refinery29, we’re here to help you navigate this overwhelming world of stuff. All of our market picks are independently selected and curated by the editorial team. If you buy something we link to on our site, Refinery29 may earn commission.

This story was originally published on Refinery29 UK.

Like what you see? How about some more R29 goodness, right here?

What It's Like Wearing A Balaclava With Big Hair

So You're Thinking Of Wearing A Visible Thong

So How Is It Really? A Day In The Unitard Trend

These Are the Best Legging Brands, Period

10 Summer Fashion Trends That Are The Definition Of Dopamine...

It's Finally Spring, and We're Celebrating With These 20...

HyperX has announced its lineup of new products at CES 2022. It includes HyperX...

The annual developer conference didn't only include consumer announcements, but...

The effort by the media and Democrat politicians to use the recent shooting in Buffalo,...

GOP Leader McCarthy Tells Jan 6 Committee He Will Not Cooperate

House Minority Leader Kevin McCarthy (R-CA) is following in the footsteps of several...

Boom, Bloom, and Blossom as a Software Developer

with these 7 mindful attitudesContinue reading on Better Programming »

Check out these features from Authy and Google Authenticator before deciding which...

A devastating report indicates nearly two-thirds of Americans are being forced to...

The organisers of the Rising Woman Initiative say businesses owned by women suffered...